This house was built in the 1940s by African-American contractor Leroy S. Gillard for Dr. Edward H. Ballard, a black pediatrician and obstetrician. After it was sold in the 1950s, Ballard House rented its rooms as business space and lodging, and operated a restaurant frequented by the Birmingham Black Barons.

Dr. Herschell Hamilton Sr. moved his medical practice to Ballard House in 1959. It was there that he also hosted meetings of Civil Rights organizers and treated victims of violence that occurred when police dogs and fire hoses were used against marchers in 1963.

» View the moving oral history of the Ballard House on our sister platform, Voices of Alabama. 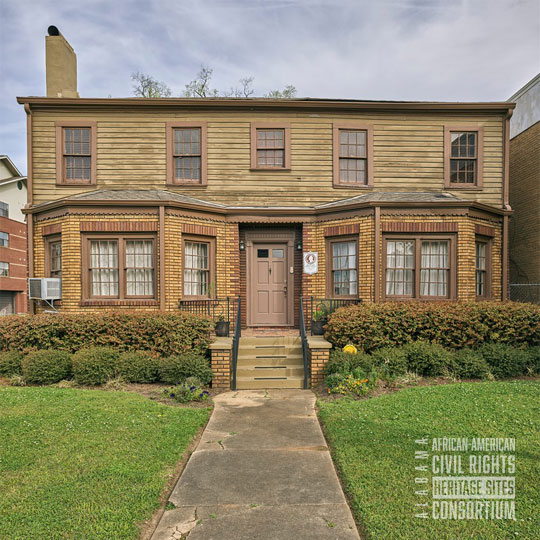