Sixteenth Street was originally organized in 1873 as the First Colored Baptist Church. Its current structure was erected in 1911. Sixteenth Street was known as “everybody’s church” because of its role as a center for educational and intellectual activities. During the Civil Rights Movement, the church hosted many mass meetings and trainings in nonviolent civil disobedience. In May 1963, the church was the staging site for Project C, the Birmingham campaign where hundreds of young, peaceful protestors were jailed following confrontation with police using dogs and fire hoses.

On September 15, 1963, members of the Ku Klux Klan planted a bomb at the church that exploded just after Sunday services, killing four young girls and generating international outrage that provided the impetus for passage of the Civil Rights Act of 1964.

» View the moving oral history of the Sixteenth Street Baptist Church on our sister platform, Voices of Alabama. 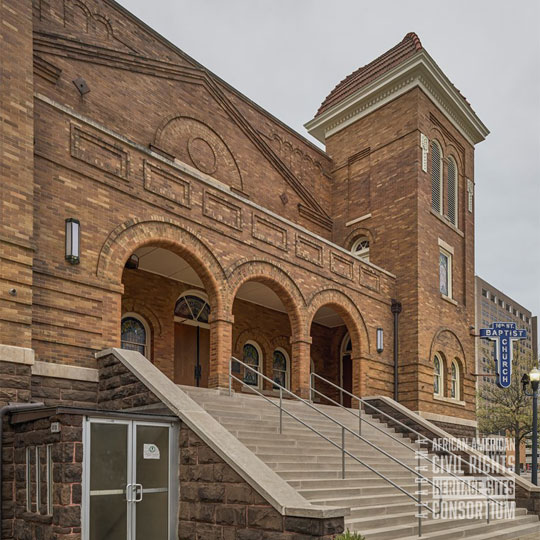