This small, shotgun-style home was owned by the Burroughs, a family of Civil Rights activists. They opened it up as a refuge for Dr. Martin Luther King Jr. in March 1968 when an angry mob of Ku Klux Klan members attempted to murder him after a speech in Greensboro, Alabama. Just two weeks later, Dr. King would be assassinated in Memphis, Tennessee.

Today the house operates as a museum, documenting the struggle for equality at the local level through artifacts, photographs and living history; its founding director, Ms. Theresa Burroughs, was part of the original family who shielded Dr. King 50 years ago.

» View the moving oral history of the Safe House Black History Museum on our sister platform, Voices of Alabama. 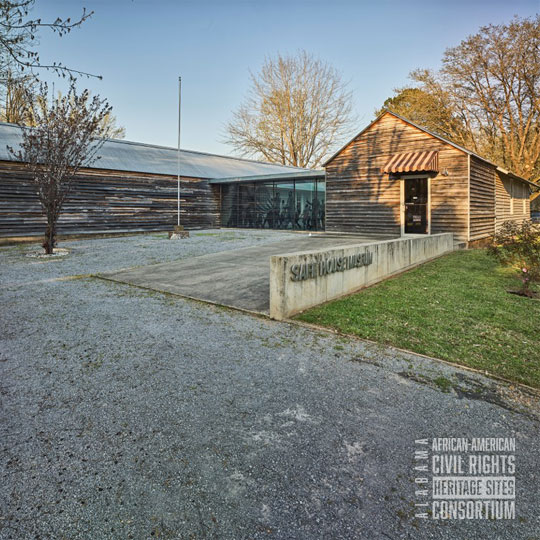