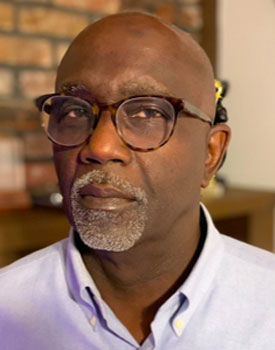 Dwight Cammeron is an award-winning independent documentary filmmaker whose projects have been recognized by the National Academy of Television Arts and Sciences, PBS’s National Black Programming Consortium, The National Educational Telecommunications Association, and the Broadcast Education Association. His films, which highlight African American history and center the African American experience, have been screened at film festivals and conferences around the country. He was awarded an Emmy for The Music of Dorothy Love Coates and the Original Gospel Harmonettes. The documentary tells the story of one of America’s most original and influential voices during the golden age of gospel.

His latest project is Finding the Cornerstone: The Wallace A. Rayfield Story. The film emphasizes the overlooked work of the pioneering African American architect Wallace Rayfield. The documentary recently premiered at Birmingham’s 2020 Sidewalk Film Festival.