Old Sardis Baptist Church was organized in 1884 under the name of “Sardis Baptist Church.” The church was built in its present location of 1240 4th Street North, Birmingham, Alabama, between the years 1892-1908. Reverend Robert L. Alford became pastor in 1947 and the church became involved in civic, social and economic matters. On June 5,1956, the church hosted a meeting led by Reverend Fred Shuttlesworth, and from that meeting the Alabama Christian Movement for Human Rights was formed. Rev. Shuttlesworth, Rev. Alford and other ministers were the founding members.

“Old Sardis Baptist Church” legally and officially became known by that name in 1976. It is still located in the Enon Ridge neighborhood, which has always been a black neighborhood located in the Smithfield Community. It was dubbed “Dynamite Hill” because of the frequency of racially motivated bombings that occurred in the area as black middle class moved into previously all-white neighborhoods in the 1960s. Because of Old Sardis Baptist Church being located on the borderline between the black and white neighborhoods in the 1950s and ‘60s, the church was chosen as the meeting place for strategic planning for the movement.

» View the moving oral history of the Old Sardis Baptist Church on our sister platform, Voices of Alabama. 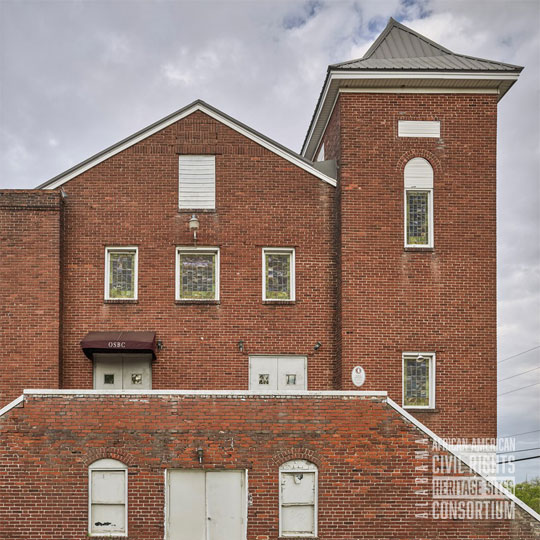