Organized on the Peacock Tract in Montgomery, Alabama in1866, the Mount Zion A.M.E. Zion Church built this landmark in 1899. Members worshiped there until 1990 when the congregation moved into a new church building which was completed in August of that year at 455 West Jeff Davis Avenue. The old church building was given to the Mount Zion Center Foundation, Incorporated and placed on the National Register of Historic Places. The old edifice has been renamed the Mount Zion A.M.E. Zion Church Memorial Annex.

From 1948 to 1952, Rev. Solomon Seay, then pastor of Mount Zion, led the black community of Montgomery, Alabama in early protests against injustice as president of the Negro Civic and Improvement League.

On December 5, 1955, the first full day of the Montgomery Bus Boycott, Rev. L. Roy Bennett hosted a community leadership meeting in the church building, resulting in the creation of the Montgomery Improvement Association (MIA) and the election of Dr. Martin Luther King, Jr to his first official leadership role in the 20th Century Civil Rights Movement as its president.

During the Selma to Montgomery March in 1965, marchers rested at the church on their way to the capitol. Rev. Percy Smith, Jr., who led the church at the time of the march, became the first black man to run for mayor of Montgomery, Alabama. 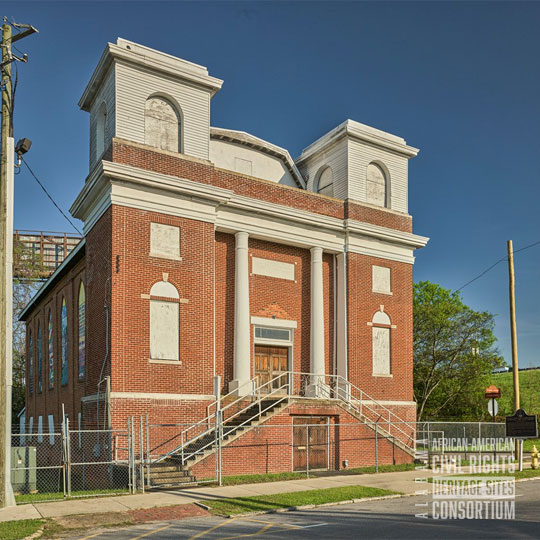