The congregation of Selma’s First “Colored” Baptist Church was organized in the early 1840s by a freed slave, Samuel Phillips.

In 1963, under the leadership of Rev. M. C. Cleveland Jr., the church became the first in the city to open its doors for activities and meetings of the Dallas County Voters League. During the next two years, the church was a focal point of the mass meeting and nonviolent teaching sessions sponsored by the Student Nonviolent Coordinating Committee (SNCC), which supported the Selma to Montgomery March.

During the early months of 1965, Dr. Martin Luther King Jr., Ralph Abernathy, and other leaders of the Southern Christian Leadership Conference spoke many nights in the church to the students gathered for the movement.

After the Selma to Montgomery March, First Baptist continued to headquarter the Student Nonviolent Coordinating Committee and served as a distribution center for food and clothing for those who had lost their jobs.

» View the moving oral history of the First (Colored) Baptist Church on our sister platform, Voices of Alabama. 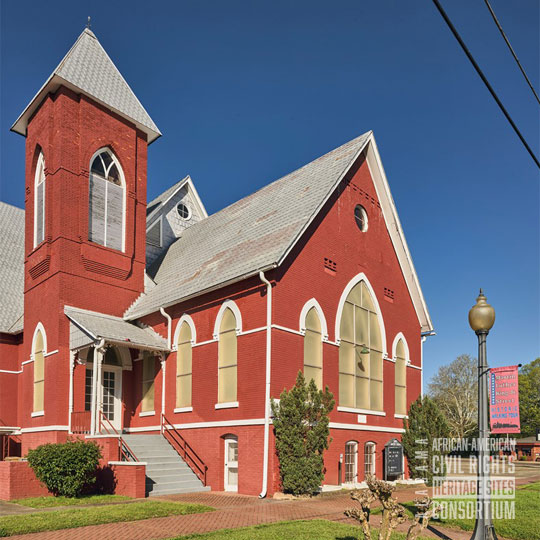