First Baptist was founded in downtown Montgomery in 1867 as one of the first black churches in the area, ultimately becoming one of the largest in the South. It was an important gathering place for activities related to the Civil Rights Movement, and was led from 1952 to 1961 by Rev. Ralph Abernathy, Dr. King’s right hand.

In 1957, three weeks after the official end of the boycott, the church was bombed along with three others nearby. No one was hurt but the church was severely damaged.

The church was also the site of the “Siege of First Baptist.” Following the arrival of Freedom Riders who were met with violence at the Greyhound Bus Station in downtown Montgomery, the church was besieged by 3,000 whites who threatened to burn it. In the basement, Dr. King called Attorney General Robert F. Kennedy while bricks were thrown through the windows and tear gas drifted inside. The event played a crucial part in the desegregation of interstate travel.

» View the moving oral history of the First Baptist “Brick-a-Day” Church on our sister platform, Voices of Alabama. 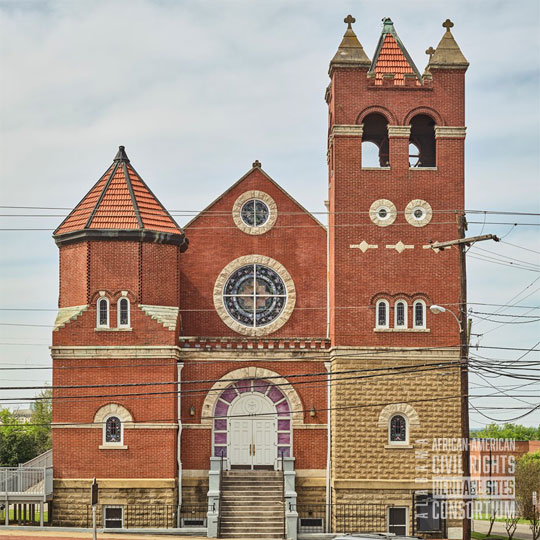