Established in 1866 and joining the African Methodist Episcopal Denomination in 1868, this redbrick structure is most closely associated with the Southern Christian Leadership Conference’s (SCLC) 1965 Selma campaign to win equal access to the ballot for blacks. During that time, it served as the conference’s headquarters and as the site for rallies conducted by Dr. Martin Luther King Jr. It is also where the Voting Rights March, the Bloody Sunday March, the Turnaround Tuesday March, and the Selma to Montgomery March began.

During the Civil Rights Movement, Brown Chapel remained open after the State and Federal courts issued injunctions to prohibit mass meetings in black churches, providing shelter to the movement during the storms of resistance to social and political change.

» View the moving oral history of the Brown Chapel AME Church on our sister platform, Voices of Alabama. 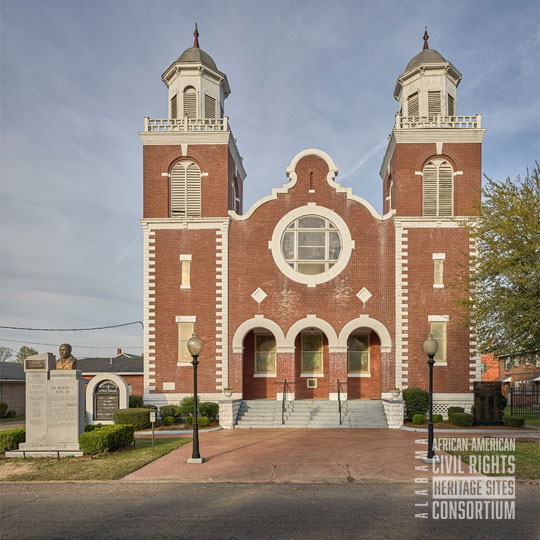