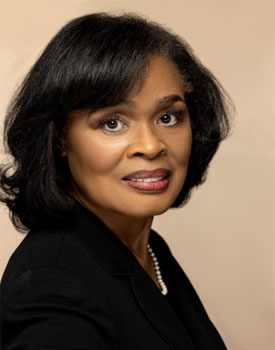 LaVeeda Morgan Battle became an attorney in 1978 and was quickly appointed an Administrative Judge the following year in EEOC, Birmingham District Office. She served as Assistant Attorney General for the state of Alabama from 1982 to 1983. Mrs. Battle then worked as Director and General Counsel for the Alabama Public Service Commission from 1983 to 1985 before becoming a full-time Attorney working out of her own private practice in Montgomery and Birmingham. Mrs. Battle has been involved with a number of prestigious organizations and boards, such as: Appointed by President Clinton to the Legal Services Corporation Board of Directors (1993-2003), Standing Committee of the Federal Judiciary for the American Bar Association (2004-2006), the Transition Team for President Obama in the Legal Services Corporation (2008-2009), House of Delegates for the American Bar Association (2011-2016), President of the Legal Services Alabama Board of Directors (2016-2017), and the Jefferson County Judicial Nominating Commission (2015-2018). Additionally, Mrs. Battle has attended St. Paul United Methodist, one of the Consortium’s founding sites, since 1995. As a lifetime Methodist, she joined this church upon moving to Birmingham. Her family continues to be active members at St. Paul’s today.