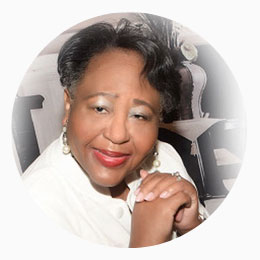 Joyce Nadine Parrish O’Neal serves as coordinator for the Consortium sites in Selma and the Black Belt. A Selma native, O’Neal is a lifelong member of Brown Chapel AME Church and  a foot soldier of the Voting Rights Movement. At Brown Chapel, she serves as historian and tour coordinator, on the Steward Board and Phillips Robertson Sanctuary Choir. Her service to the AME denomination includes President, Alabama River Region Conference Women’s Missionary Society, and Director of Lay Activities, Alabama River Region Conference Lay Organization. O’Neal retired after 35 years with the Alabama Department of Human Resources where she was the first African American elected as Employee Representative to the State of Alabama Personnel Board. In 2017, she was inducted into the Alabama Social Work Hall of Fame along with her sister, Phyllis, making them the only siblings so honored. O’Neal was named a Permanent Member, Alabama Senior Citizens Hall of Fame in 2014. A graduate of Stillman College, she received her MSW from the University of Alabama and completed Harvard University’s Program for Senior Executives in State and Local Government at the John F. Kennedy School of Government.